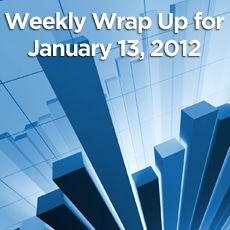 Once again we’re seeing mortgage rates close near all time historical lows. Again? We may sound like a broken record, but Eurozone debt issues continue to weigh on the markets, pushing mortgage rates lower. This means that there is still an opportunity to refinance or purchase a home with a mortgage that will cost you less than a mortgage would have cost at virtually any other point in US history.

Why Does Europe Affect My Mortgage Rate?

Why do rates move downward because of bad new coming from Europe? The concern in Europe is that governments there may default on their debt obligations, which would also affect US banks and other banks around the world.

Since European concerns affect the US, investors pull their money from US equities (stocks) in times of crisis and place their money in safer vehicles like bonds. The net affect of placing more money into bonds is that mortgage rates move lower. So while you may see indices in the US like the DOW and S&P performing poorly because of investor cash outflows to bonds, this positively affects the rate at which you can obtain a mortgage!

The FOMC (Federal Open Market Committee) released its Beige Book data on Wednesday and reported moderate growth since the last report. This shows that while the Economy is not recovering as quickly as many would like, it’s at least going in the right direction, which data only a few months ago indicated was not the case.

Today, Consumer Sentiment climbed 4 from 69.9, which was slightly higher than expectations. This demonstrates that consumers are are experiencing a slight increase in confidence over the state of affairs with the Economy.

Previous Post Strategies for Paying Off Your Mortgage Faster

Next Post Mortgage Outlook for the Week of January 16, 2012

February 4, 2015 Can A Distressed Property Be Your Dream Home? Read More
February 3, 2014 Gift Letters: What is a Mortgage Gift Letter? Read More
April 1, 2016 How Much Do I Pay Out Of Pocket For That Home Loan? Read More