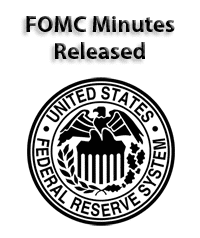 Today saw mortgage rates improve today, albeit in a marginal way. This has been a busy week with European / Greek drama, a Facebook IPO, new historic record low mortgage rates and a release of the FOMC (Federal Open Market Committee) minutes from their last meeting.

We started the week with news of a possibility of a Greek exit from the Euro and market watchers keeping a close eye on the European situation all week long. Month after month Europe has dominated headlines since each piece of news could give clues to other underlying weaknesses present in the European Union. Spain and Italy are the two countries most are most concerned about, however. If they fall, the Euro Zone as a whole may fall as well.

The good news is that bad news coming from Europe exerts downward pressure on mortgage rates and Europe is a large part of why mortgage rates have repeatedly set new historical lows.

The FOMC released its April Minutes earlier this week. These minutes chronicle the 8 annual FOMC meetings and are released three weeks post meeting. The minutes helped push mortgage rates lower this week due to the verbiage that indicated more easing will like take place and that they will be “highly accommodative” in their position toward easing monetary policy.

Highlights from the FOMC Minutes:

From the FOMC Press Release:

To support a stronger economic recovery and to help ensure that inflation, over time, is at the rate most consistent with its dual mandate, the Committee expects to maintain a highly accommodative stance for monetary policy. In particular, the Committee decided today to keep the target range for the federal funds rate at 0 to 1/4 percent and currently anticipates that economic conditions–including low rates of resource utilization and a subdued outlook for inflation over the medium run–are likely to warrant exceptionally low levels for the federal funds rate at least through late 2014.

Where are Mortgage Rates Now After This Hectic Week?

The truth is that there is a very good chance they will have changed from the time we’ve written this till the time you read it. That’s ok though, we can give you an up to the minute quote via the fast quote form above or if you call us directly. We can also answer any other questions you might have about loan programs and which loan makes the most sense for your needs, whether you are purchasing a home or refinancing an existing home.

Next Post Mortgage Rate Outlook for the Week of May 21, 2012