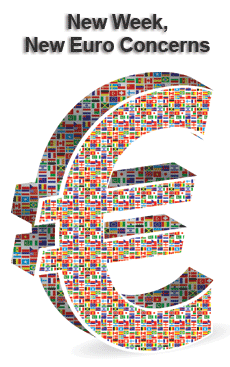 Specifically, there has been reaction regarding the European Commission vote in favor of issuing Eurobonds to support Euro countries, a move that many consider desperate and unrealistic.

For many months, uncertainty regarding the ability of European governments to pay their debts has weighed heavily on US mortgage rates, exerting significant downward pressure on them. Many of the new all time historic lows that US mortgage rates have reached in the past few months are directly linked to news originating out of Europe about their insolvency issues.

While Greece has struggled to avoid having to lead the European Union, the underling concern is that Italy and Spain might be next on the chopping block. Issues with Spain and Italy will be confirmation for many that Europe as a whole, is in a lot worse shape than previously thought. This would be a worst case scenario and the reason why any news relating to Spain and Italy is carefully watched by market watchers and analysts.

There is a lot of data coming out in the next couple of days that has potential to move mortgage rates. Most notably, Thursday will see GDP data released and Friday will see Employment Situation data or non-farm Payrolls Report released. Market watchers are expecting around 160,000 jobs to be created, any significant divergence from this number has the potential to push mortgage rates up or down.

October 30, 2013 Mortgage Refinance: Advice on Refinancing a Mortgage Read More
September 14, 2012 Buy Vs Rent Basics: Should You Buy or Rent A Home Read More
May 22, 2017 Should You Try to Pay Off Your Mortgage Early? Read More