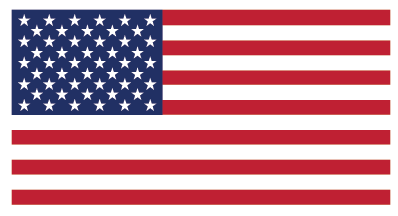 From Our Family to Yours: Happy Memorial Day

Memorial Day is a federal holiday observed annually in the United States on the last Monday of May. Formerly known as Decoration Day, it originated after the American Civil War to commemorate the fallen Union soldiers of the Civil War. (Southern ladies organizations and southern schoolchildren had decorated Confederate graves in Richmond and other cities during the Civil War, but each region had its own date. Most dates were in May.) By the 20th century Memorial Day had been extended to honor all Americans who have died in all wars. Memorial Day is a day of remembering the men and women who died while serving in the United States Armed Forces. As a marker it typically marks the start of the summer vacation season, while Labor Day marks its end.

Many people visit cemeteries and memorials, particularly to honor those who have died in military service. Many volunteers place an American flag on each grave in national cemeteries.

The Evolution of Memorial Day

By the early 20th century, Memorial Day was an occasion for more general expressions of memory, as people visited the graves of their deceased relatives in church cemeteries, whether they had served in the military or not. It also became a long weekend increasingly devoted to shopping, family gatherings, fireworks, trips to the beach, and national media events such as the Indianapolis 500 auto race, held since 1911 on the Sunday of Memorial Day weekend.

Annual Decoration Days for particular cemeteries are held on a Sunday in late spring or early summer in some rural areas of the American South, notably in the mountains. In cases involving a family graveyard where remote ancestors as well as those who were deceased more recently are buried, this may take on the character of an extended family reunion to which some people travel hundreds of miles. People gather on the designated day and put flowers on graves and renew contacts with kinfolk and others. There often is a religious service and a “dinner on the ground,” the traditional term for a potluck meal in which people used to spread the dishes out on sheets or tablecloths on the grass. It is believed that this practice began before the American Civil War and thus may reflect the real origin of the “memorial day” idea. From: Wikipedia